I recently encountered a problem where we wanted to move some assets to AWS S3 and have AWS CloudFront CDN in front of it. The great benefit of having a CDN is to reduce cost and improve performance. The get the most out of this configuration we want to have the following set up:

Note that this set up might not be right for everyone, it makes sense for us because:

First we created a standard S3 bucket with mostly default settings. This is relatively easy to do, and AWS already has a decent guide on how to do this.

Then we set up a CloudFront Distribution with these changes: 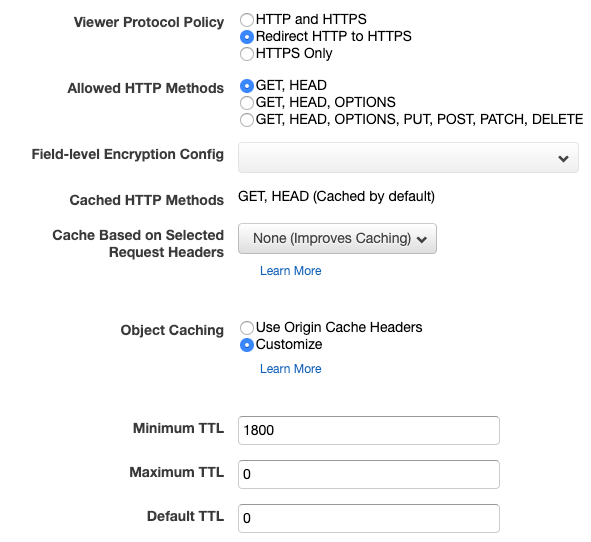 For more information about the full set up, here is an official AWS YouTube video explaining in detail how to create a new distribution: https://www.youtube.com/watch?v=KIltfPRpTi4

This AWS documentation suggest that it is best to use TTL option in CloudFront Distribution (see above screenshot) to control the cache here: AWS CloudFront → (cache) → AWS S3. Then use HTTP headers to disable cache between: Client → (no cache) → CloudFront.

Here’s the quote taken from the link above:

Here explains how the headers and TTL works together. The thing to note here is that we need to use the minimum TTL in conjunction with Cache-Control: no-cache header.

With the above understanding, then we tested our assumptions with the following test:

Here's a simpler version in the form of a sketch to illustrate the above:

The browser header is set to no-cache as well in this case, so we can be sure that we are just testing the CloudFront.

As mentioned above, we want to be able to bust the cache after we re-release the asset. It turns out this is quite easy to do with the AWS console. 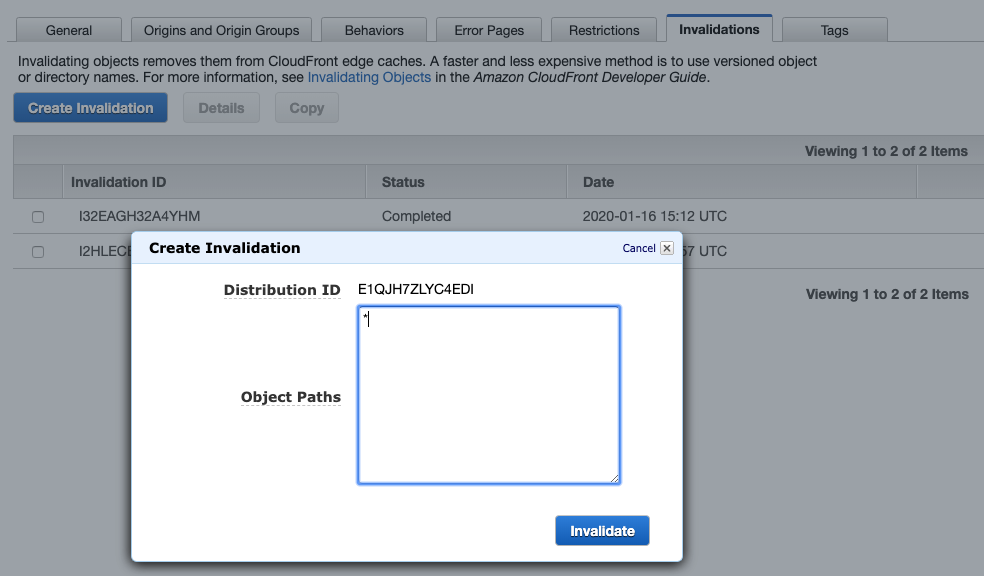 It is also possible to do it through AWS CLI, which we can use to invoke cache as part of the CI pipeline after we released a new version (see official doc).

If you don't like using the default CloudFront url (e.g. https://wiebfpweufpwubfe.cloudfront.net), it is very simple to update the CloudFront Distribution to use a custom domain.