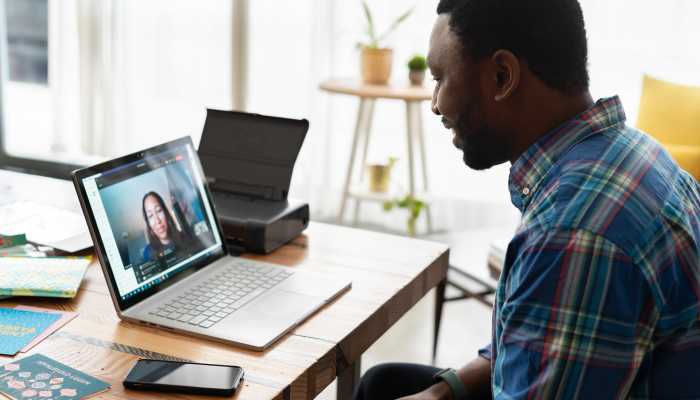 A few months ago, I was approached by a recruiter telling me about this fully remote job at Karat that offers decent pay. If you haven't heard of Karat before, it is the world's largest interviewing company. They use a global network of professional software to conduct technical interviews for companies, some of which you may have heard of before: Robinhood, Indeed, Roblox, Coinbase and more. Of course, at the time, I didn't know this, but the recruiter hooked me on the idea of setting my hours to work part-time or full time. After receiving several emails, I finally decided to reach out to hear more about the role. The phone conversation assured me that the role was an excellent way to earn extra money and get interviewer experience. I wanted to do it part-time, so I could always stop on my terms if it got too demanding.

When I spoke with the recruiter on the phone, he mentioned that I'd have to go through this mandatory boot camp (which lasts just over a week) before I could start conducting interviews. This training period is billable, which means they effectively pay people to learn. How brilliant is this! This boot camp aims to teach new joiners basic interviewing skills and learn the basics to provide a good Karat style interview experience for candidates.

Note: later, I found out the learning track I'm about to explain isn't the standard process at Karat. I joined around Christmas time, which meant a peak period for grad interviews. So this track is unsurprisingly called "uni track" (I can't remember the exact wording). We focused on learnings relevant to interviewing candidates for internships or grad jobs.

Getting setup was pretty easy, Karat sent me some links, and I registered. They also sent me Google Docs links that contained schedules and learning materials in various formats. The materials cover topics such as how to be a good interviewer, explained important principles we had to follow and what to do in various situations.

Most of the training was self-learning, which was perfect because I could plan it around my free time. Some events were mandatory to attend, but most of them were in the late afternoon for me due to timezone differences. Maybe I could have managed it without taking time off work, but I booked days off just in case.

One thing the recruiter didn't mention was that there'd be an assessment at the end of the boot camp to determine whether they keep me on or not, which makes complete sense. Just weird the recruiter didn't mention it to me. It's not like I won't find out since it was the first thing they said to us in the induction session. To pass the boot camp and get accepted, I had to conduct two mock interviews as the interviewer. These two interviews will be reviewed and marked, and then finally, a decision will be made.

The first day was straightforward. I only had to join a mandatory induction meeting which lasted about an hour. After that, I was free to plan the rest of my day, most of which I spent reading the learning materials. I wanted to do well in this boot camp since this job opportunity had a lot to offer, and getting kicked out before I even got in the door will feel pretty crappy. As a result, I spent around 5 hours learning the materials on top of the induction session.

On the second day, the plan was to finish any self-learning by the end of the day. Since Day 3 will primarily focus on practice for the assessment interviews, where we'll use everything in the materials. I finished the self-learning materials and then went back and noted areas I felt were important.

In addition, other bits and pieces happened on this day too. Such as preparing for practice interviews and submitting interview question answers to prove we are familiar with them. All in all, this took me somewhere between 4 - 5 hours complete.

A Karat's mentor hosted a two-hour video call to explain the next steps and answer questions we had from the previous two days. Then everyone got randomly allocated into pairs, so we could each take turns practising interviewing each other to get familiar with the interview format and style. Craig and I got paired together, and it turns out we both wanted to do well in the upcoming assessments. So we practised everything we learned from each other, testing each other on mock questions and discussing them in great detail. We spent nearly 3 hours on this call, which was supposed to take less than two hours. But I felt more confident by the end of it.

It is the day for us to complete the first assessment interview. Karat already scheduled time slots for two sessions. Like the practice, people in the boot camp will play interviewer in one session and candidate in the other. According to the schedule, I first play the candidate for someone else, then later take on the interviewer role.

I joined the call a few minutes early, but my "interviewer" never showed. After a few minutes, I messaged the person (my partner) to see if he had forgotten or wished to push the interview back for whatever reason. He responded and said he was joining. A couple more minutes later, he joined but dropped off almost immediately due to internet issues. After some back and forth, Karat's support person decided to postpone this until my partner's internet gets better, which is likely to be the next day. It sucked for me because I was all mentally prepared.

Whilst I waited for the assessment interview, I created my interview script to use during interviews to make sure I followed the structure and format of the interview correctly going forward. Maybe I should have thanked the person I was initially paired with because it has proven very handy later.

A couple of hours later, they found someone willing to play the candidate for me later during the day. This time it is an experienced interviewer and not someone from the boot camp. During the assessment interview, she played a tricky candidate on purpose and pushed me to my limits. I was surprised but handled the "unexpected" events relatively well during the interview. After the interview, I spent about an hour on the mandatory write up where I had to describe and mark the candidate's performance. Later, I attended an optional Group Q&A session, which lasted about an hour and a half. Only a handful of us attended, so we are got plenty of opportunities to ask questions.

Based on the schedule, this was supposed to be a short day. But in reality, at least for me, it was full of surprises due to my original assessment getting delayed. As a result, I spent around 10 hours on everything mentioned above. It was quite an exhausting day.

The day's main activity was to conduct another practice interview, again once as a candidate and another as interviewer. Since Craig and I got on so well, we requested to be paired together again. Like last time, we went through the exercise without any drama. First, we went through our assessment interviews as part of this call, and then we took a step further by sharing our feedback results and analysing them together. I managed to get everything done in roughly 3 hours.

It's time for the second assessment. I had a different partner this time, and fortunately, there was no drama. We went through the two interviews quickly (two hours in total). Like the previous assessment, I played candidate in one interview and then interviewer in another.

After the two interviews, I spent about an hour on the interview write-up. So, in total, I completed everything in 3 hours.

We all waited around for news about the final result.

A few days later, I heard back from Karat that I had passed the assessment. I was relieved that I got through and slightly nervous about interviewing real candidates. Fast forward a few months; I've completed 40 interviews since then. It's been a unique educational experience. I learned how to conduct good interviews adapted to the candidate, and the real-world experience was also invaluable. But I won't go into more detail in this blog post.

"You never really know something until you teach it to someone else." - John Maxwell

When looking back at my experience at Karat, the above quote comes to mind. It couldn't be more true when it comes to technical interviews. I never realised before that interviews are more than just asking questions and checking if the candidate gave the correct answer. Conducting interviews at a pace that is best suited for the candidate, making the candidate feel comfortable to showcase the best versions of themselves, effectively presenting questions, and more are just some of the challenges I faced. I guess what I'm trying to say is interviewing someone is easy; providing a good interview experience for every candidate is hard.

I won't lie; the money caught my attention first and is still an excellent incentive. Working from anywhere in the world with a good internet connection and setting my hours feels like a dream. Honestly, I can't ask for a better part-time job. But through the boot camp and the interviews that followed, I realised I still had a lot to learn.

As mentioned already, I've conducted 40 interviews so far. I was also lucky enough to get promoted to senior interview engineer a few months back. I will continue with this part-time role, and my next goal is to reach 100 interviews!

If this sounds interesting to you and it's something you want to try out, you can apply using this link (if you are from the US) or this link (from any other country)!