How to set up Site Preview with Contentful, Gatsby and Netlify

It has been a while since I wanted to get preview working for my blog. There is a lot of custom styling on my blog site, and often things don't look quite right when I publish an article for the first time. This often means it will take a few republishes before getting everything nailed. If someone were to visit my site during this stage, it wouldn't have been good user experience. So I was always curious about the Preview function on Contentful. Last night, I decided to take a stab at it after seeing this contentful doc. It looked easy enough, but as always, I encountered some issues. After getting everything working, I thought I'd share my solution on here, maybe it'll help someone else out.

This article assumes that you have all the pre-requisites set up and configured already, which includes: 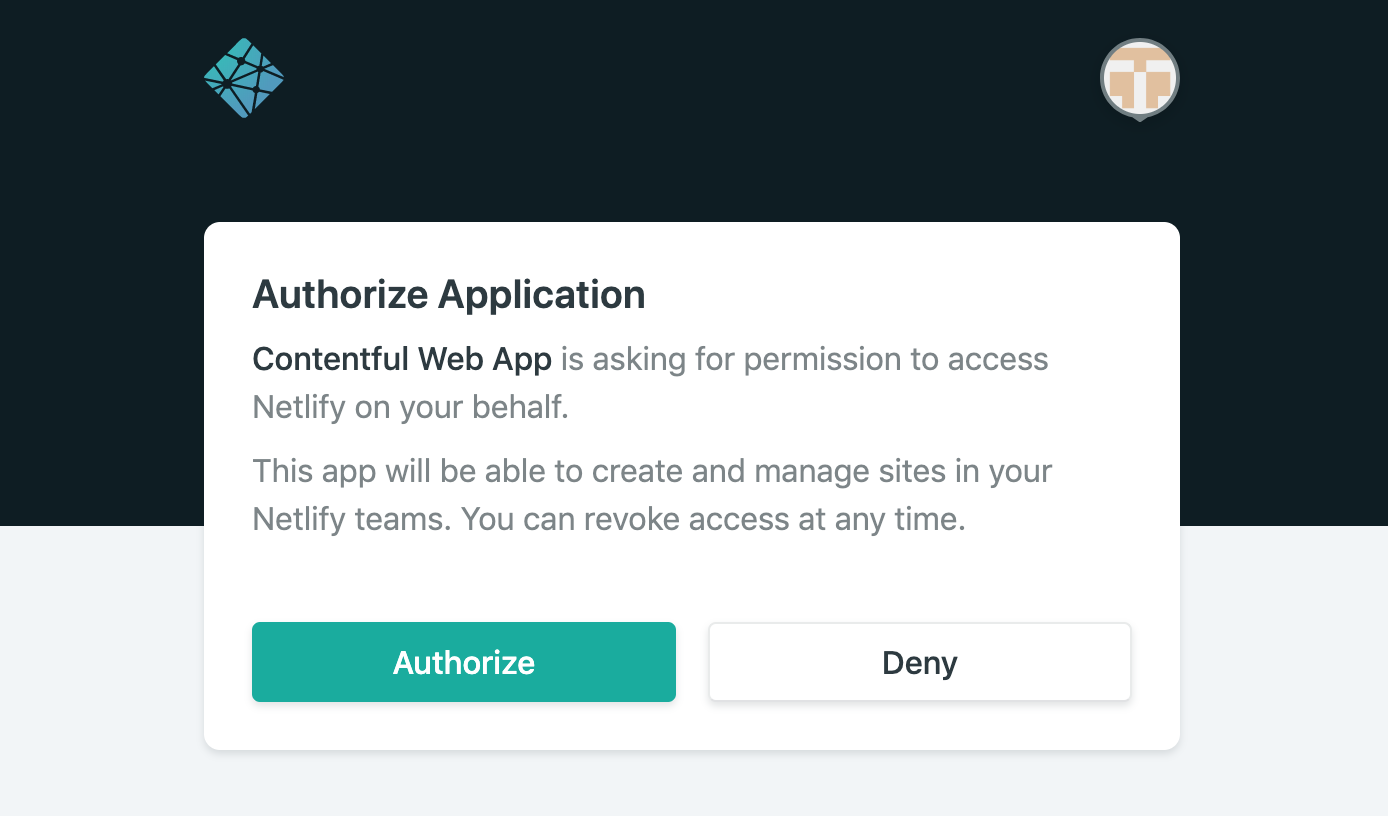 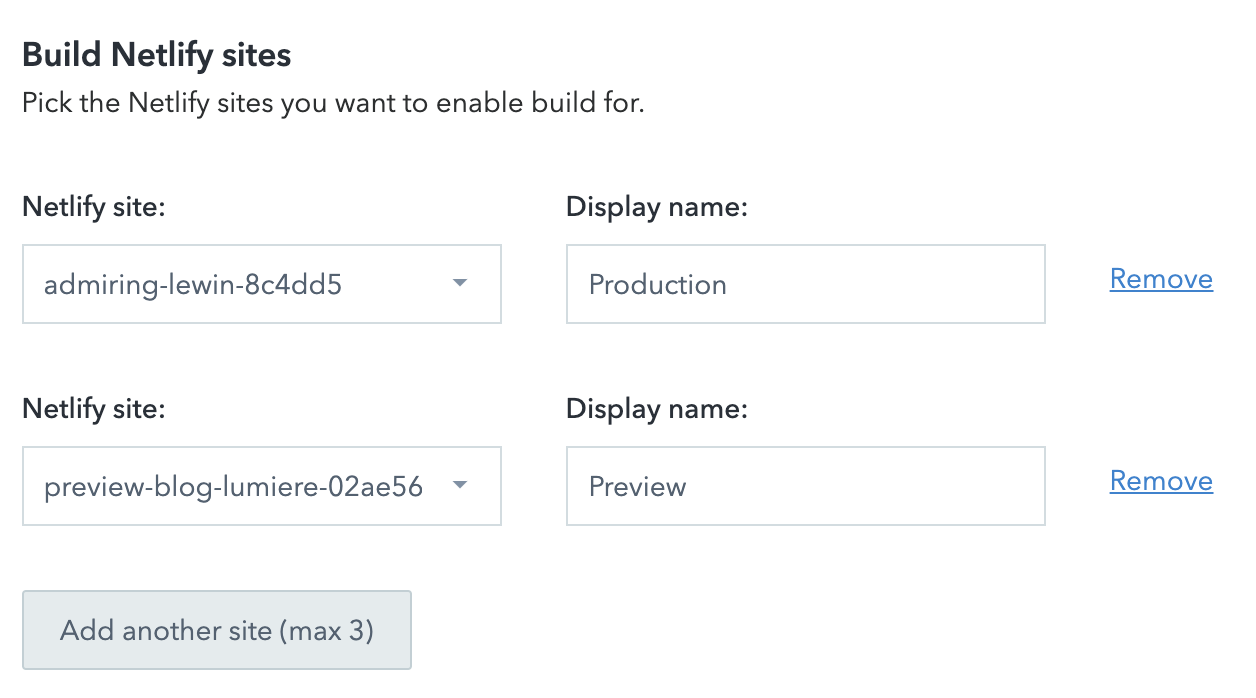 Once Netlify App has been authorised, the next step is to configure the Production and Preview sites.

If you haven't done it already, I also recommend moving accessToken and other sensitive API data into .env file and then add it to ignored file list (e.g. gitignore) so it doesn't end up in version control.

The image below shows where you can find the API keys on Contentful. 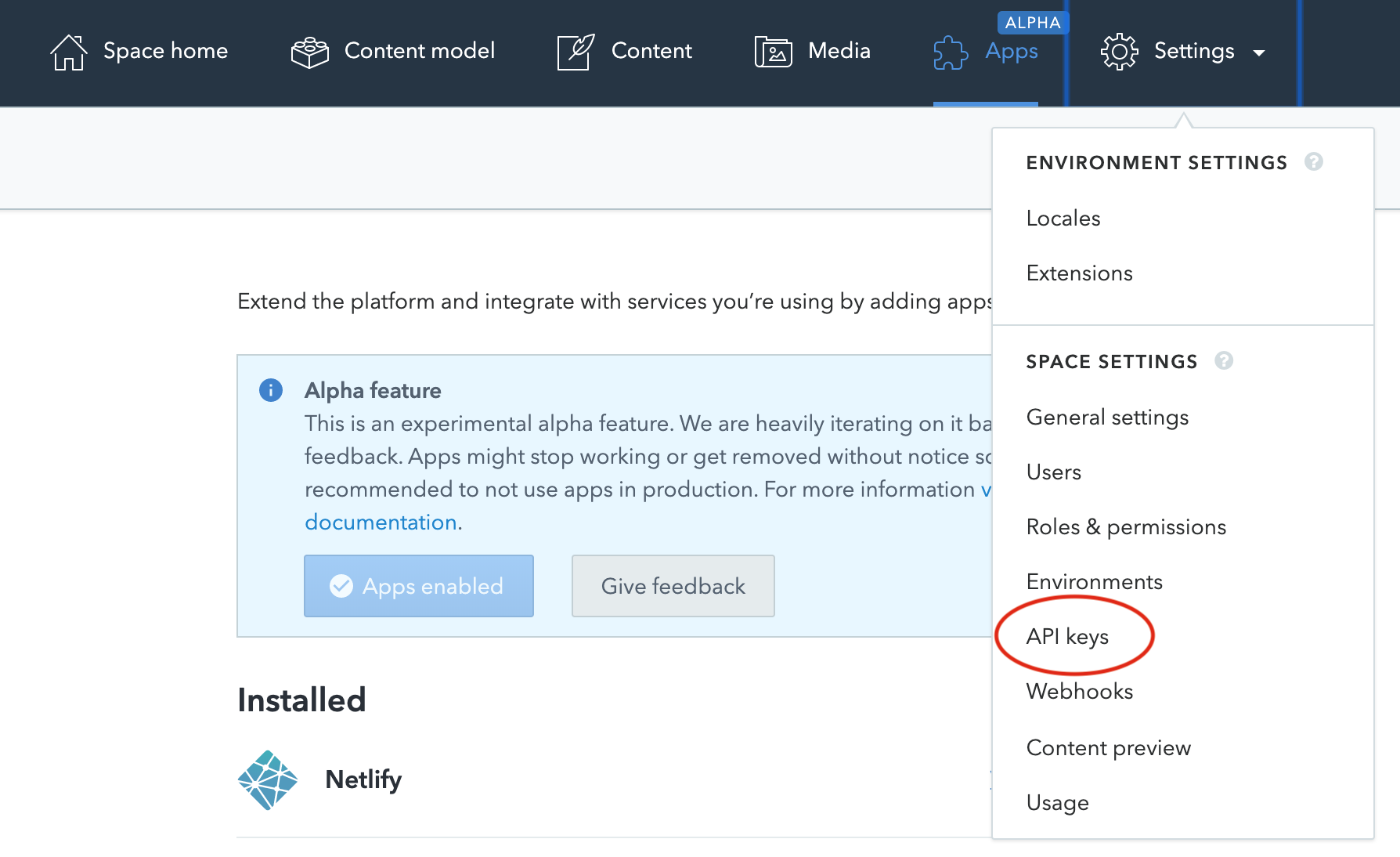 In order to build preview, we need to modify our Gatsby code a little. More specifically, the configuration file gatsby-config.js.

See the snippet below for how I've done this.

The way to use Preview feature is by opening up a piece of content, then on the right-hand side you can click on "Build" to trigger a build or "Open preview" to see the page in action. 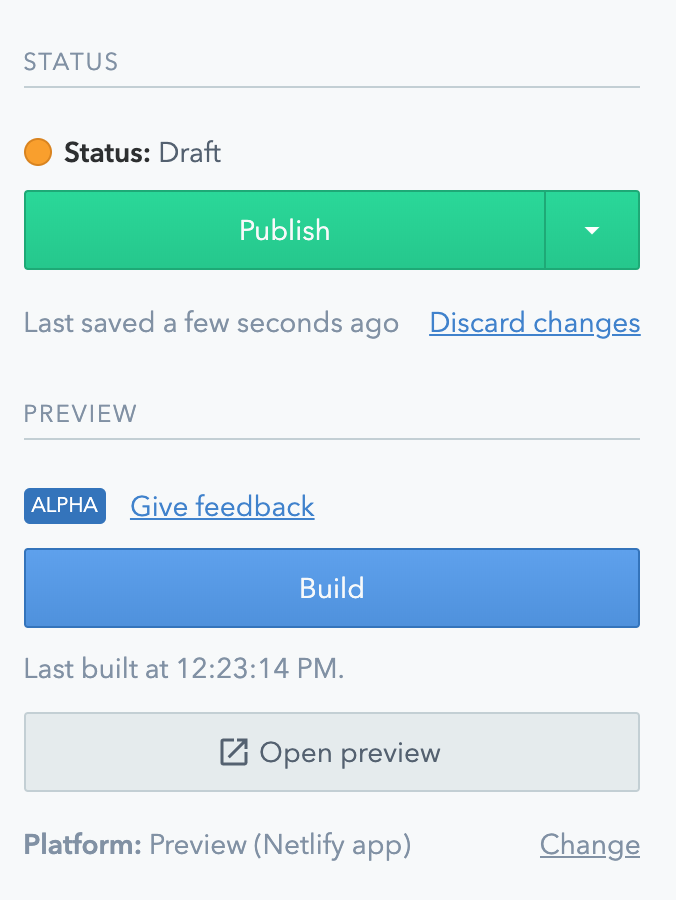 When I try to build using the Preview API accessToken, I get the following error.

It is saying spaceId/accessToken is incorrect, but I know for sure both of these are correct because I copied from the API page on Contentful. I tried to check out any documentation on Contentful but found nothing. Surprisingly, there were very few questions asked about this online as well. Maybe because it is still quite new?

It turns out the solution is exactly what I explained in step 3 in the previous section. I had to add host into the options we pass into gatsby-source-contentful. It seems in order to retrieve draft documents from Contentful, you need to hit a completely different endpoint, hmmm interesting.

Failed to create a page

The second error I came across was thrown by gatsby-node.js, complaining that it couldn't create a page because there are a lot of null values.

After I did some investigation and printed out the code that failed, I realised this error was caused by the fact I had a blank draft saved. The missing mandatory fields were causing all these error when Gatsby tries to create a page for that record.

So if you encounter the same or similar errors, maybe check Contentful contents and ensure all the mandatory fields are filled out.

The benefit of the preview feature is that I don't have to trigger a production build to see what the blog post looks sitting on the site. However, the build time is still quite long, so the "write something" and "see the changes" process can still be further improved. But that's a problem for another day!